Where to Get Active

One of Get Healthy Camden’s main objectives is to create safe, accessible places for all Camden residents to be active by:

Greater Philadelphia is the proud home of The Circuit Trails, one of America’s largest trail networks connecting people to jobs, schools, communities, parks, and waterways via a network of ‘bicycling highways’. The trail is currently composed of more than 300 miles of completed trails with plans of completing over 750 miles of trails across nine-county regions in Pennsylvania and New Jersey by 2025.

Get Healthy Camden is a member of The Circuit Trails Network. Learn more at CircuitTrails.org and visit DVRPC to view a map of the trail network and trails in progress.

The GreenWay is a fantastic new addition to Camden and its suburbs, and an ideal way to visit and explore the city! 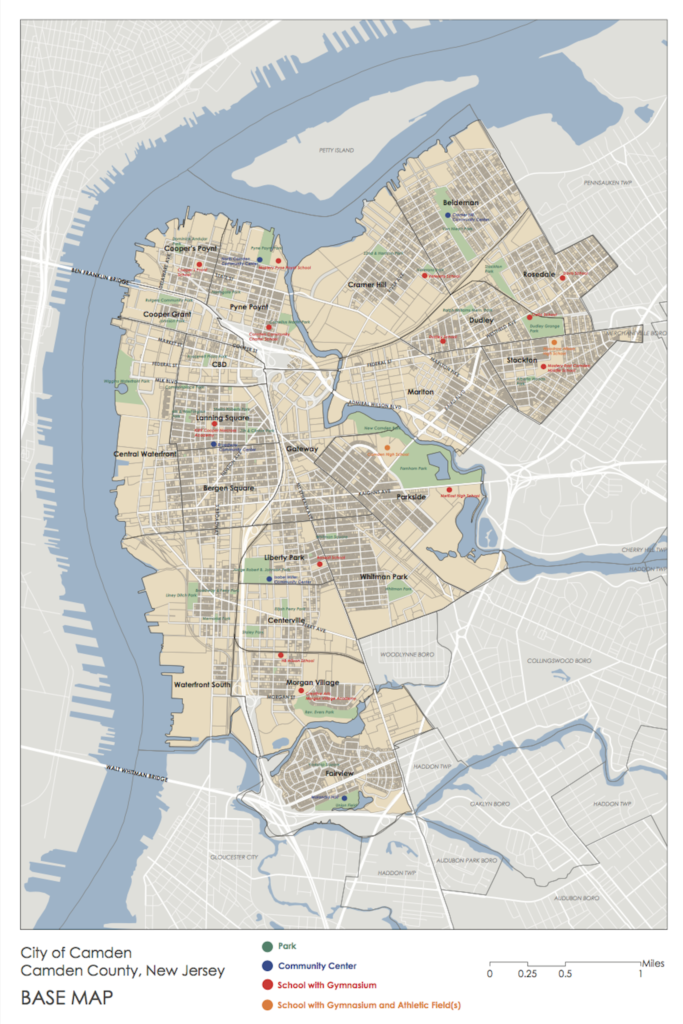 Connect the Lots (CTL) is a community-driven initiative to activate Camden, New Jersey's vacant and underutilized spaces through the identification and implementation of artistic, cultural, and recreational projects and activities. The goals of the initiative are to engage Camden residents in neighborhood transformation, create safe modes of activity, and to bring vibrancy to Camden’s corridors and public spaces.

CTL is a collaboration between Cooper's Ferry Partnership and the City of Camden. CTL was piloted in 2014-2015 in the North Camden and Cooper-Grant neighborhoods. Since that time, CTL expanded to additional Camden neighborhoods and is working to incorporate themes of health and sustainability in its placemaking programs, including new partnerships with Get Healthy Camden and the Camden SMART Initiative.

Learn more about events, programs, and activities at Connect the Lots.